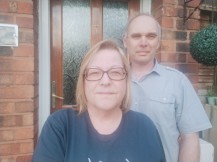 Dale & Kerry head up the Haven Kingstanding fellowship, which has been running since October 2021.

Kingstanding is an area in North Birmingham and it is said to be where King Charles 1st stood and addressed his troops in the English civil war 1642. However, for us,  its a place where the King of Kings, the Lord Jesus Christ addresses His troops.

A few years ago God told Dale to reach out and gather people that believed in God but didn't like going to church through two dreams. So for several years Dale had pondered on how he could reach these people with the word of God and encourage their faith.

Both Dale & Kerry joined the Haven East Kilbride via Zoom during the whole Covid lockdown in 2020 and when the vision was shared in May 2021, the dream that Dale had received now had a platform to work from. After much prayer and conversation, Dale & Kerry began gathering believers into their home for fellowship. 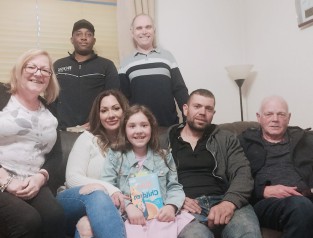 Dale & Kerry have always worked well together whether it be on mission trips, youth club work or running a foodbank, and this fellowship group is no different.

Our fellowship mainly focuses on getting closer to God and breaking down barriers in our spiritual growth. This is done through studying the bible and sharing our own personal experiences. Living life together and helping each other put the teaching into practice.

We also have a heart for youngsters and work alongside an organisation called Chosen Generation that work with church youth groups.