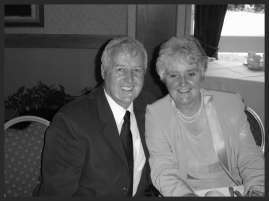 Jim and Irene McKechnie were called into full time ministry in 1979 after being filled with the spirit at a Christian hotel while on holiday.  This made the faith they had come to life and they experienced God in a different way.  Before they left from the holiday, God told them to stay and run the hotel.  For three years Jim and Irene ran the Christian hotel and learned from all the guest speakers who came to speak in the summer meetings. To this day Jim would tell you that this was his Bible College and ministry training.

After the three years God called Jim and Irene back to Glasgow to help with a Christian Centre that was established at Crossbasket Castle in Blantyre.  They served faithfully but their vision was not able to fit with the work that was happening.  They left the castle and started to seek God for the next step.

God started to plant the vision for ‘The Haven’ on their return and they joined the Glasgow Christian Fellowship where they got involved in serving student lunches .  It was at this point that the minister asked Jim if he would plant a church in the Glasgow area.  Jim felt that he would  not be capable of planting a church and so declined the offer.  When the minister asked him to then take on an existing home group in Cumbernauld, he agreed.  As Jim met with the few people in the group it was clear that they did not want to continue meeting as a group. However, after Jim led the daughter of one of the lady’s to the Lord that night they said 'we can't stop now'.  After a month the group had grown to 20 and before long a church was formed.  They then joined with another home group in the area and this church became known as Cornerstone Christian Fellowship.

In 1983 Jim and Irene then met with a man called Tom Paton.  Tom was also filled with spirit at a Christian conference and like Jim and Irene, Tom's faith experience came to life.  Jim told Tom to arrange a meeting with some of his friends who had also been filled with the spirit and he would come and meet with them.  After a few meetings they decided to start a fellowship and they called it the Haven Christian Fellowship.  They continued meeting at Tom’s house and as they grew in number they had to look for larger premises.

When God called Jim and Irene to Northern Ireland to start another church Jim felt he had to leave the people settled. It was then that he began talking to the Elim Pastor in Paisley with whom he had a long relationship and suggested that they join the Haven people with the Elim Church. After having discussions with the Elim pastor and the Elim Regional Leader, this came about.  Tom Paton became the assistant minister of the church and later became the minister.  Tom and many of the original group from the Haven are still serving the Elim church and the people of Paisley. 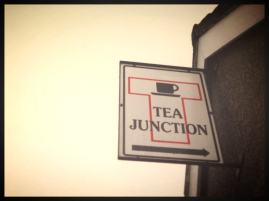 After leaving Paisley in 1986, Jim and Irene followed God's call to Northern Ireland.  It was here that they met a couple called Hunter and Wilma Kirk.  After working with a church in the centre of Belfast serving light lunches, the two families got together in the Kirk’s house and began another ‘Haven’.  They began to grow to the point of needing a bigger property.

God had given Jim a vision a few years earlier of a cheque for £100,000 to start a ministry.  As Jim and Hunter were praying about a property, they came across a farm.  Jim felt that the farm was for the ‘Haven’ and offered £100,000 for it, which was under the asking price.  God moved in their favour and they bought the farm.  The two families moved into the house on the farm and started to meet in the lounge for fellowship which was the beginning of another ‘Haven’.

The farm had two long pig sheds and surrounding fields.  Jim (a joiner to trade) and Hunter (plumber to trade) started to convert half of one of the sheds into a cafe.  This was called the T-junction and it served light lunches during the week and became the church hall on a Sunday.  The other half of this shed was converted into dorm rooms.  Part of the Haven vision is to offer accommodation to those who need it.  Most of the people who used the rooms were addicts and alcoholics who wanted to kick the habit.  While they were living at the centre they worked on the farm.  This consisted of looking after cattle, building fences, building a new cow shed and anything else that needed to be done.

As the church was growing, the T-junction was becoming too small.  It was then they converted the second pig shed into a bigger church hall with the old slurry tank converted into a baptismal tank.  The full vision of the Haven was in action.  People came to the Haven broken and over time became followers of Christ, grew strong in their faith and were released to whatever God had in store for them.

Once again in 1991 God called Jim and Irene to move on to start another church. Hunter and Wilma took on the work of the T-junction and the church and are still running it to this day.  Jim and Irene moved to Birmingham for a short spell but were called back to a different part of Northern Ireland. 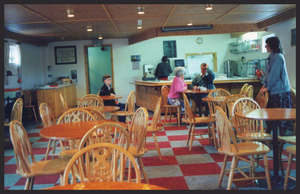 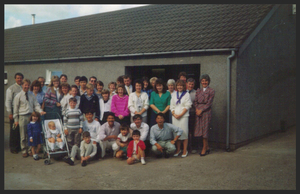 People of the Haven 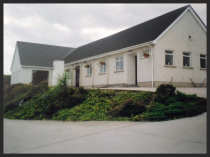 When Jim and Irene arrived in Richhill they went to live near a couple who they knew from Templepatrick called Clive and Denise. With them and a few others they started another ‘Haven’. Eventually the church took root in Richhill at Clive and Denise's house.

Another ‘Haven’ was started in Ballinderry and it was to become another centre, similar to the one in Templepatrick. A couple took on the work of this ‘Haven’ as they had also been a part of the Haven in Templepatrick.

The Haven in Richhill continued to grow and people's lives were being changed. In 1996, the Haven merged with another Elim church in the village of Richhill.  Jim became the minister of the church and started to lead the people into the Haven vision.  As people caught the vision the church started to change.  In 1997 God called Jim and Irene out of church planting to become the director of a Mission called Language Recordings UK (now known as GRNUK).  Clive became the minister of the Elim church in Richhill and is still there today.

Over the years many people have come through the ‘Haven’ and a good portion of those people have gone on to serve God in many different ways.  Over 40 people have been called into full-time ministry, whether as ministers, missionaries or founding new ministries.  Many broken lives have been made new and whole through the Haven's and God's grace. Within each of these people, the Haven vision lives on and is passed on to those they share life with.

The Haven has also been taken to Papua New Guinea where many churches have been planted under the Haven vision.

We thank God for the history that the Haven is built on and pray that the future will be just as strong as its foundations. We also pray that ‘The Haven’ will touch the lives of people in East Kilbride and wherever it goes from there.